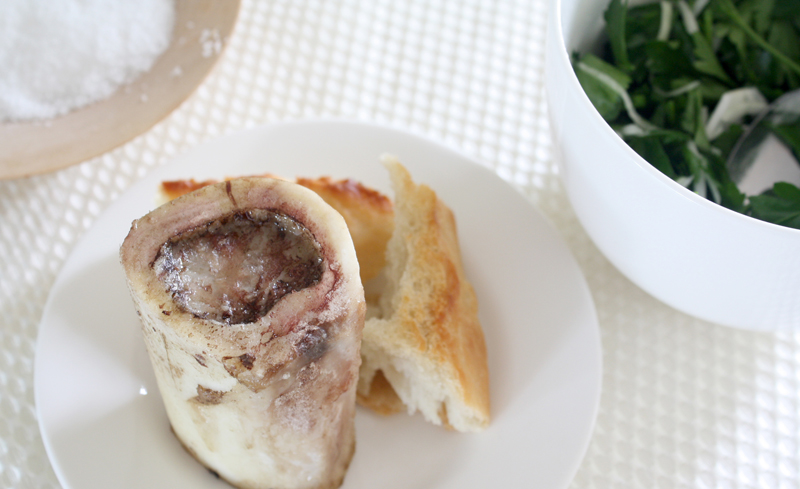 Bone marrow is basically meat butter. It this smooth, glistening fat with a hit of pure beef flavor. You know the smell of a steak searing on a red-hot griddle? It’s kind of like that. Marrow holds a special place in my heart because it reminds me of pho (Vietnamese beef noodle soup) since pho is made from bones.

I labeled bone marrow bones as an appetizer even though I always, always eat this as a meal, with a crusty baguette and a sharp and acidic herb salad.

Another plus? Bones are very cheap. Roasting them is ri-di-cu-lous-ly easy and quick.

A con: Some people are weirdly put off by marrow, and it is messy to eat.  This may not be the dish to serve at a dinner party with finicky eaters.

Secret plus: It only means more (more more!) bone marrow for us!

Other recipes tell you to salt the bones. I don’t see much point in this, as only the outermost surface gets salted. It’s better for diners to salt to taste. I also don’t season the salad, as I think it’s preemptively redundant (if that makes any sense!). Some recipes have you add an olive oil to the salad. I don’t think this is necessary either, as the marrow adds the fat element quite nicely. An olive oil muddies the marrow flavor, I think. I also prefer not to cut my bread into slices, as I like the rip of hunks of bread and smear marrow in the soft nooks and crannies. But do what you like! 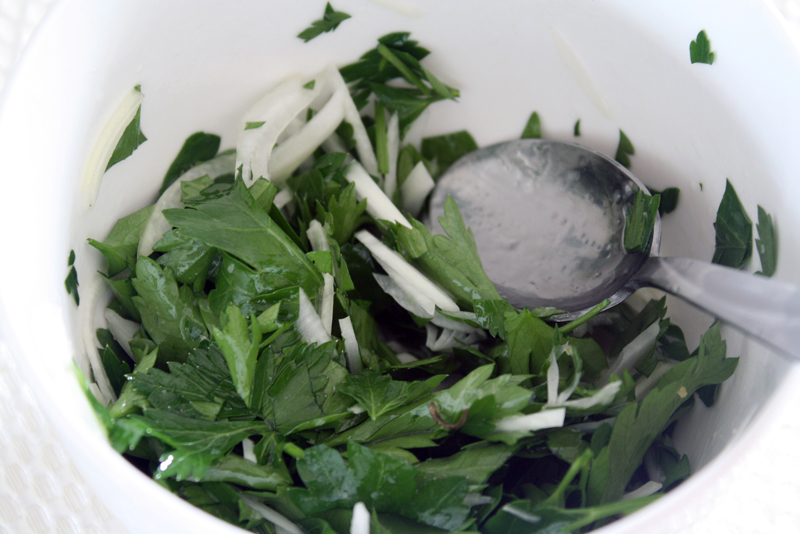 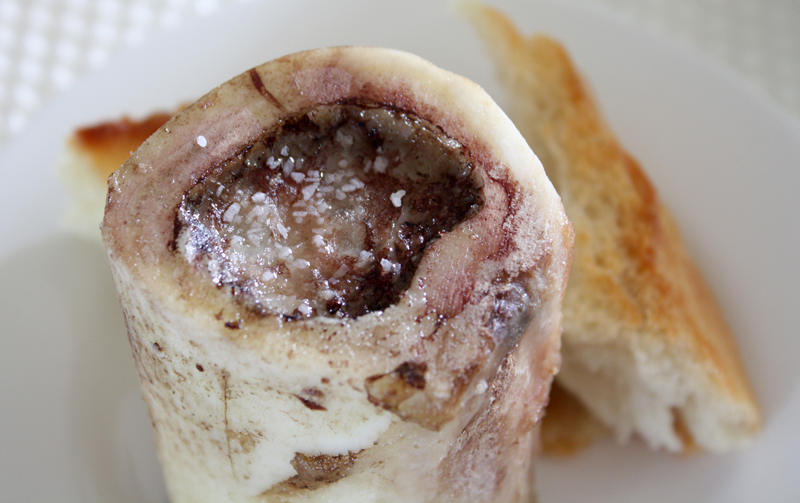