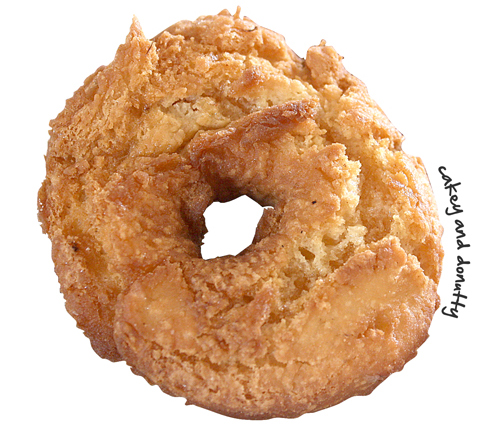 Old-fashioned donuts are my very, very favorite kinds of donuts. I love the crackly, crunchy sweet exterior, tinged with the oil from the fryer. There are often glazes for these kinds of donuts, but I opted to omit it, because I wanted to keep the crevices pure and not-soggy. I like these plain, but will admit that perhaps they would benefit from a touch more sweetness, hence the powdered sugar option at the end of the recipe. But really, they are pretty yummy as-is.  (And be sure to be the boss of the oil temperature!)

This recipe yields about half a dozen donuts and can easily be doubled (or quadrupled).  I tend to create very small batches of baked goods because there are only two people (and a dog) in my household.  We’d rather not get super fat.

While fickle and tough to maintain a temperature, I like frying in a wok because the sloping rim is like a slip ‘n slide for the food. Also, it’s much lighter than a cast iron Dutch oven.  Those things are painful to clean out after frying, and I am very lazy. 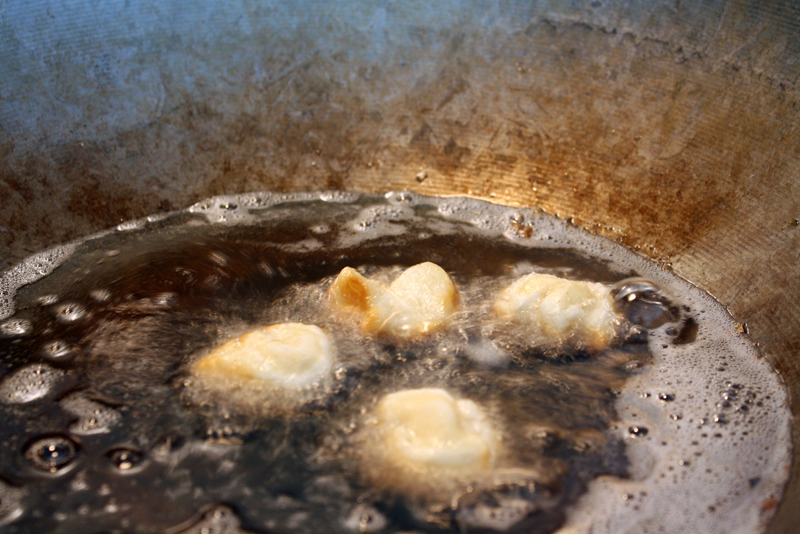 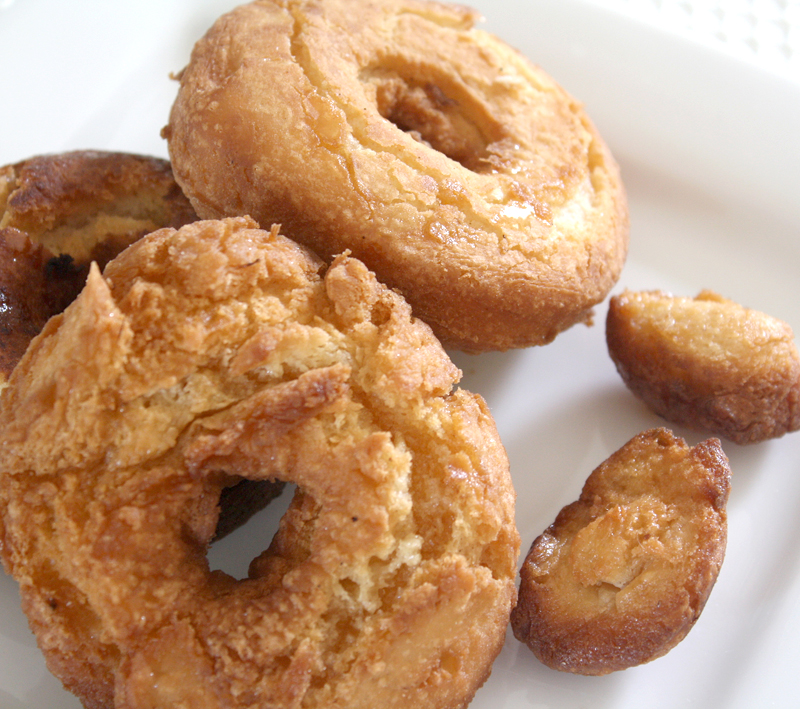