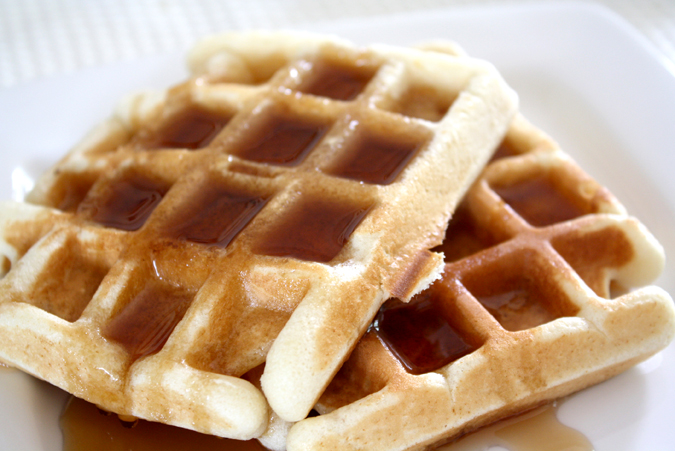 This recipe for Brussels waffles is not one that you can make on the fly.  (There’s an hour of wait-time!)  But the wait is worth it, as these are OG (Original Gangsta) waffles.  These are waffles in one of their purest, original forms. These waffles are notably leavened by yeast, not baking powder like American-style waffles often are. I’m a big proponent of using yeast in a waffle batter.  The yeast gives the waffle a subtle “ferment-y” taste, akin to the aroma of a nice bread or beer.  The texture of the waffle is light, with sizable plushy holes. It’s crisper and less cakey than waffles leavened with baking powder.

Fun fact alert!: There is no such thing as a Belgium waffle in Belgium.  It’s an American invention from the World’s Fair and it was possibly called the “Bel Gem Waffle” at its conception.

Also, waffle batter and pancake batter are not the same thing.  Don’t let Bisquick fool you.

Try to use a waffle iron with a deep, large grid. This is actually just my default waffle iron.  Bigger pockets to hold your syrup! 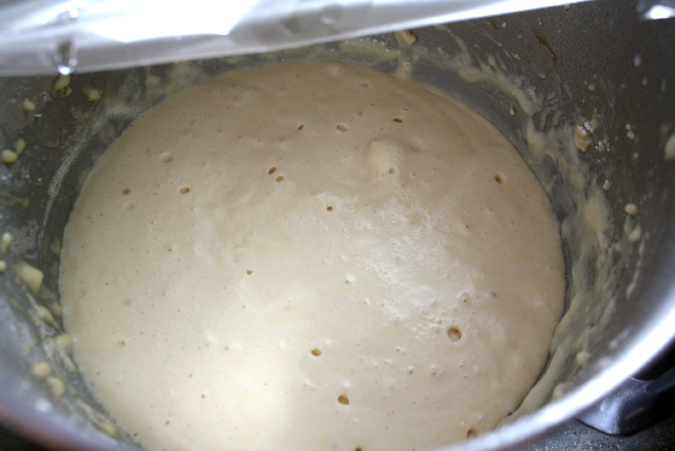 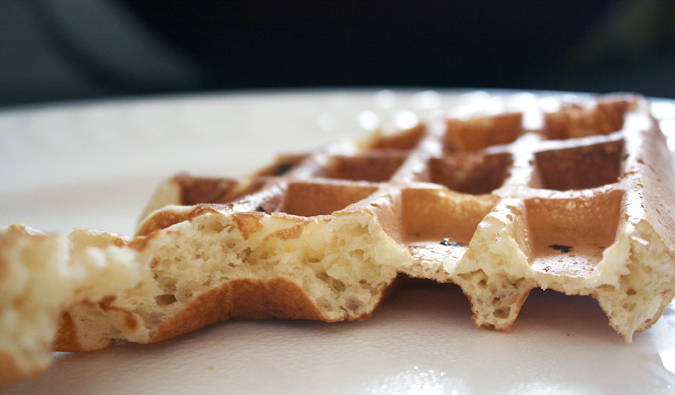