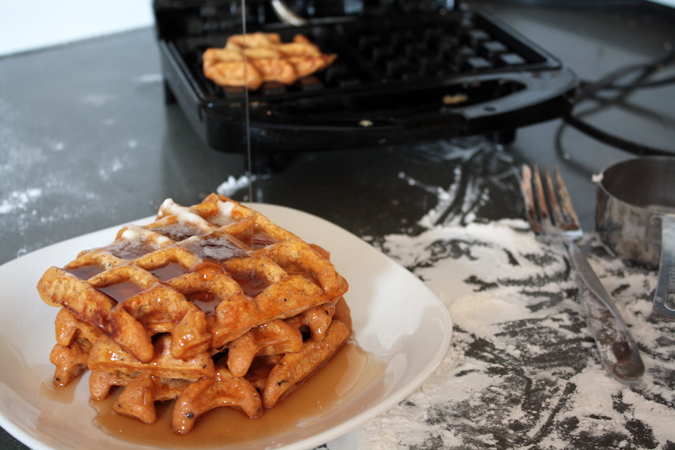 I’ve decided that sweet potatoes aren’t getting enough love.  They are currently being overshadowed by squashes, namely the butternut squash.

I was under the impression that yams and sweet potatoes are one-in-the-same, but it turns out they are two distinct entities.  Though, I wasn’t the only one confused.  (It was the government’s fault!)

Basically, what we’ve known as a yam has never been a yam.  The sweet potato (ipomoea batatas) and the yam (dioscoreaceae) are not even distantly related.  True yams, which come from hot climates like those within Asia and Africa, are harder to come by.  It’s very likely that most of us have never eaten yams.

I love sweet applications of potatoes or other starchy tubers.  In Asia, it’s very common for them to be in desserts such as a sweet taro bun filling or in a tapioca and coconut pudding.  When I was much younger, my grandma used to make me mashed potatoes, dosed with some serious sugar.

So, sweet potato in waffles doesn’t seem so out of the ordinary.

What’s also common in Asia is the tendency to blur the line between dessert and entree.  (If a Chinese person ever offers you a garlic flavored sweet cookie—take it!)  Waffles with syrup are often too sugary for me.  So, personal preference, I dosed this sweet potato waffles recipe with black pepper and salt.  The spices will be familiar.  These waffles smell like Thanksgiving.  The good thing is that it doesn’t come with bickering relatives. 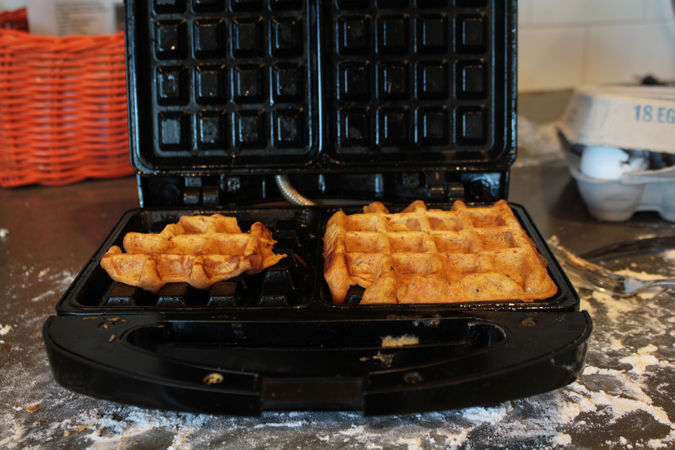 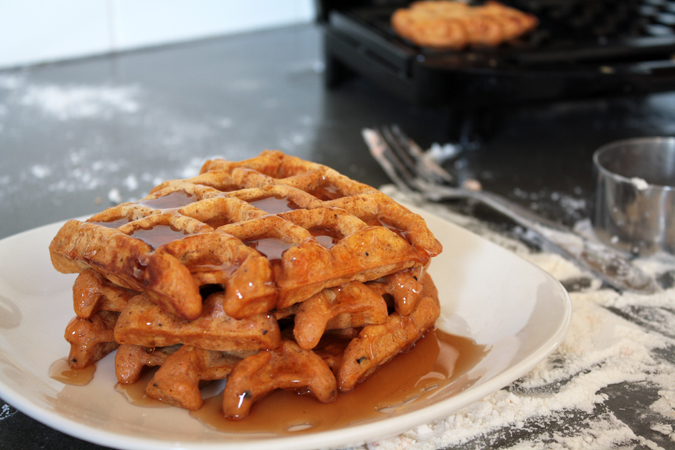 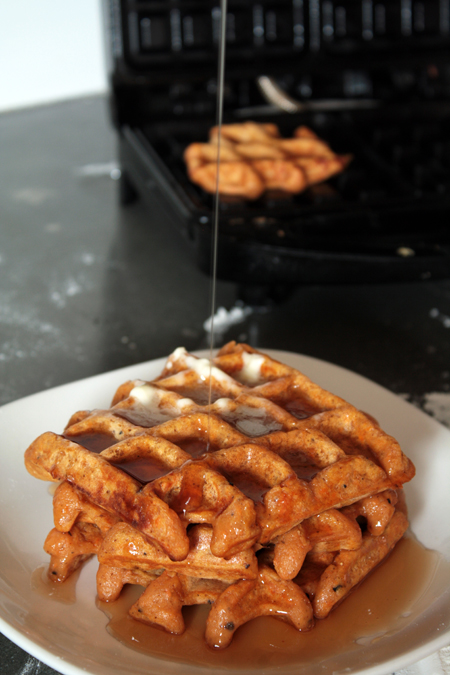 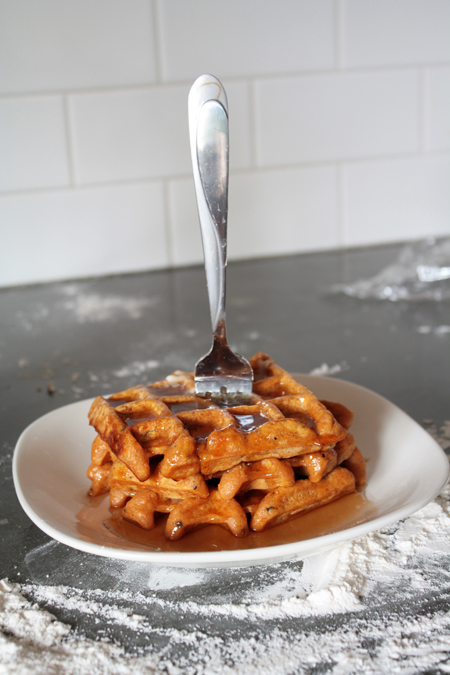