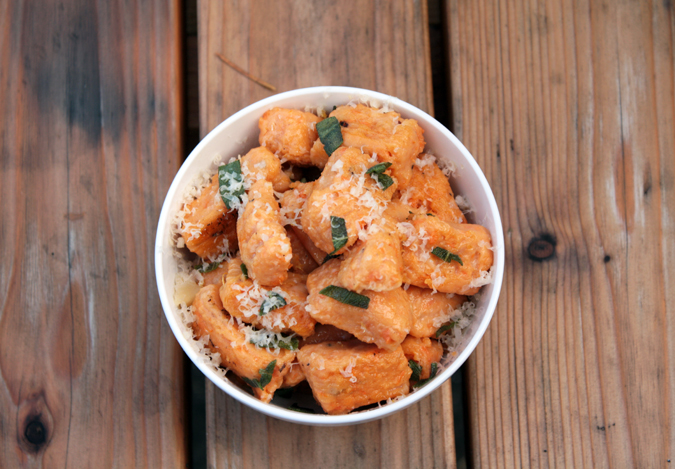 Gnocchi are small Italian dumplings that may or may not be made from potatoes and flour—though the potatoes and flour combination is common. They have more of a bite than mashed potatoes, but they are much softer and more tender than pasta.

I love gnocchi.  I love it so much.  I have a hard time expressing why.  But then, it’s not hard to love something’s that carb-y, potatoe-y, cheesy, and bite-sized. And, while they take a fair amount of preparation, they store well after they’ve been boiled and frozen, so you can make a super batch and hold the rest for when you want a quick dinner during the week.

Characteristic of gnocchi are grooves and/or a dimple in each dumpling, meant to hold onto sauce for optimal yumminess. You’re supposed to either use a gnocchi board, which I don’t have, or use the back of a fork and flick off each individual dumpling. I have not mastered this technique. When I “flick” off each dumpling, it doesn’t make much of an indentation. When I apply a heavier hand, the dumpling become a little misshapen. That’s not a big deal, though, because you can easily press the dumpling back into its desired shape.

Armed with this knowledge, I started making gnocchi in a lazy-bastard way, in a way that minimized the time it took for me to put indentations in each individual dumpling. (I’ve detailed this method at the bottom of the post.) I feel very guilty over being “inauthentic,” but I think it’s allowable because this sweet potato version is not exactly traditional. And sometimes, we just want some quick and dirty gnocchi for dinner, right?

Acquiring/making a gnocchi board is totally on my list of stuff to get/do. Some other day, I will spend hours painstakingly shaping each dumpling after I spent hours YouTub’ing videos on how to do this. I console myself with this promise. 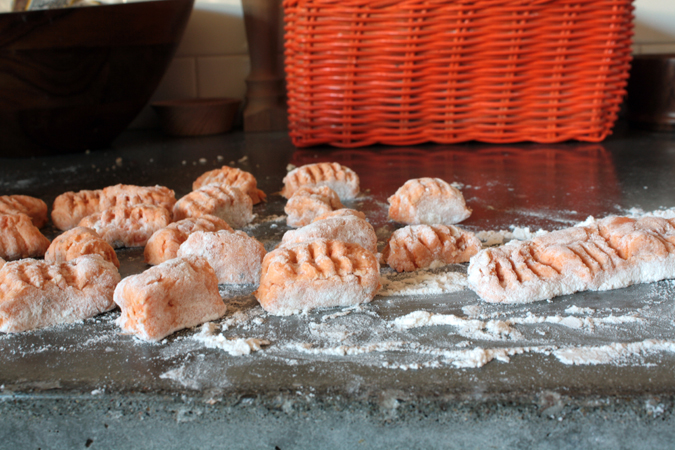 They sort of look like Circus Peanuts candy, don’t they?  Trust me, though, they taste way yummier.

I was once obsessed with making gnocchi as light and fluffy as possible so I reduced the amount of flour in the dough. The result was gnocchi that disintegrated in the water. That said, gnocchi making doesn’t seem to be an exact science, so once you get a feel for the firmness and texture of the dough, you can pretty much make it whenever you want, without a recipe. You can also experiment with different starches and potatoes and get really creative with it. I’ve always wondered, for instance, how gnocchi would turn out if all-purpose flour was substituted with potato flour or potato starch and do a completely gluten-free version. I’ll experiment and there’ll eventually be a recipe for this.

Okay, here’s my lazy-bastard method of forming gnocchi, in pictures (I’m already ducking because I scared of being slapped by the gnocchi-making gods): 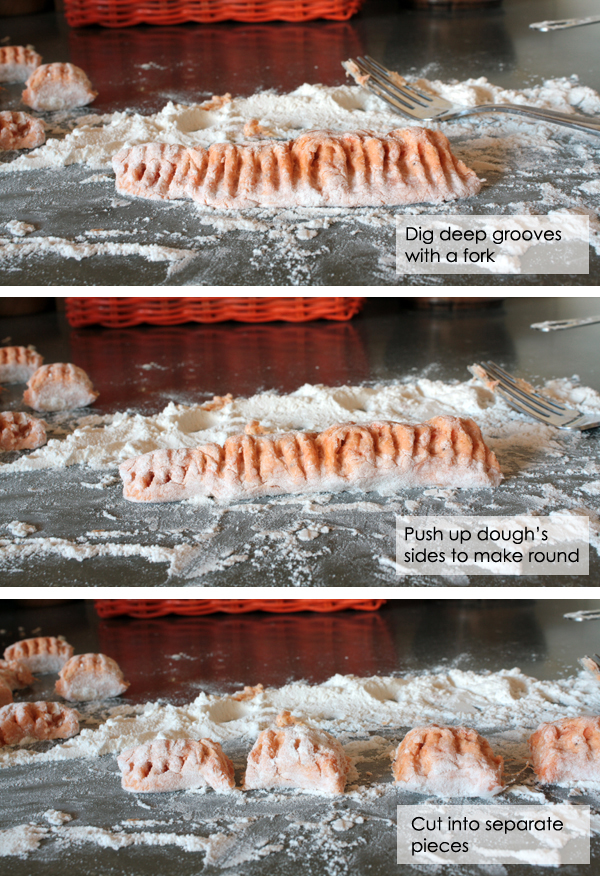 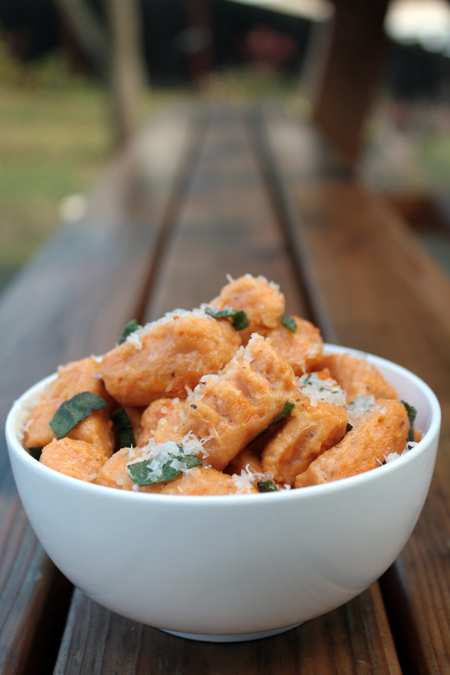