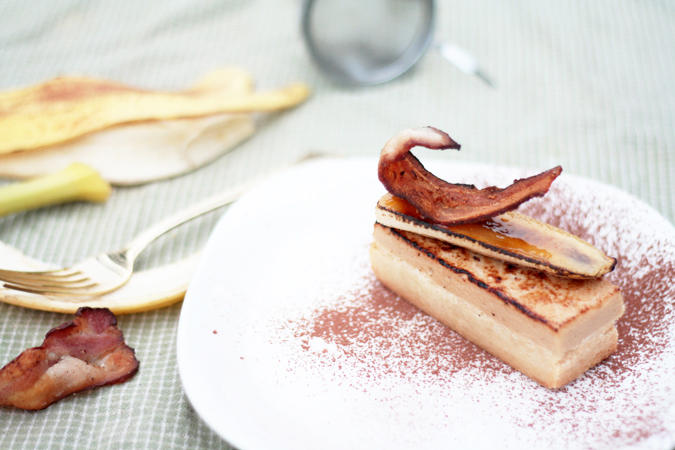 I am so freaking giddy over this Elvis fluffernutter s’more thing I came up with that I’m basically cackling and rubbing my hands together a lot. I feel like Dr. Frankenstein, all putting crazy bits together to make one massive super bit. (Except Dr. Frankenstein was totally not feeling his creation, kind of had a mental breakdown, and spent the rest of his life hunting down and trying to destroy his creation. Other than that, it is totally the same.)

I tried to come up with a portmanteau for this dessert, something like the El-fernutter-ore. But I figured that was not very SEO-friendly. And it was just awful to say out loud.

The s’more is a campfire treat made of molten marshmallow (burned over the campfire). It is graham crackers + marshmallow + chocolate.

To be honest, I’ve never actually eaten an Elvis or a fluffernutter. I was never offered them and I never went out of my way to make them. They honestly seem a bit icky, and I sort of have issues with overly processed foods. I’ve had s’mores but I don’t really like them. Being Vietnamese American, I grew up eating Vietnamese food, so I learned about American junk food mostly from TV but never had the chance to taste much of it. When I got older and tried items I had seen on TV, I tended to react like, “OH MY GOD. WHAT IS THIS?”

So the fun challenge in coming up with this dessert was figuring out how to use those flavors and really just make a production out of it, going the extra mile in preparing its parts so that you get a dessert that is pretty cool and doesn’t feel like junk food.

And I actually am a fan of American food in general but I am constantly trying to figure out ways to give classic American dishes a Vietnamese sensibility, which doesn’t mean putting fish sauce into everything. To me, it means making it “fresher.”

From bottom to top, the breakdown of the Elvis fluffernutter s’more:

There is a dusting of cocoa powder on the bottom of the plate.  This is a bitter chocolate flavor, which I like because it contrasts with the block of sweetness that’s sitting on top if it.

There is a layer of shortbread at the bottom as a stand-in for the white bread and graham cracker component of the inspirations.  The shortbread isn’t spiced or flavored with extracts because the peanut marshmallow that sits on top has a subtle peanut flavor.

The peanut butter marshmallow is spread over the shortbread while it’s still warm and pliable.  It’s a dense marshmallow, due to the added fat content from the peanut butter.  The is charred with a torch, lending another slightly bitter note to the whole dessert.

A bruleed banana sits on top of the shortbread bar.  The top is hard and you break the sugar sheet with a fork to get to the soft banana, which retains most of its original texture.  I didn’t want to mess with the banana too much.

On top of all that is a piece of crisp bacon.  The saltiness helps balance out the sweetness of the shortbread bar, and the smokiness is like a buddy to the slight bitterness of the brulee, the marshmallow char, and the cocoa powder. 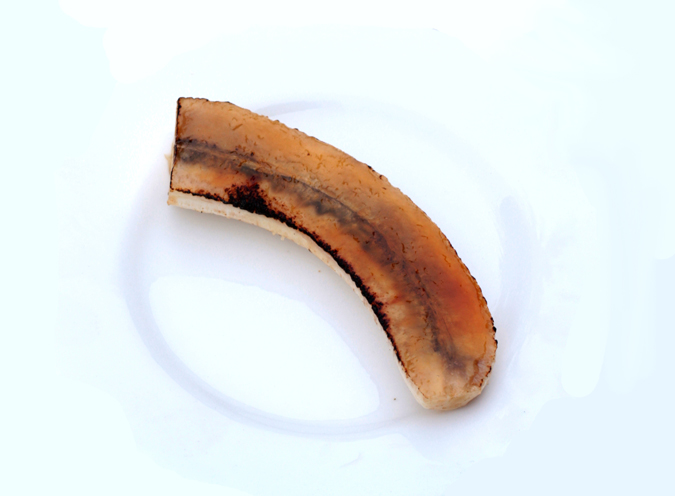 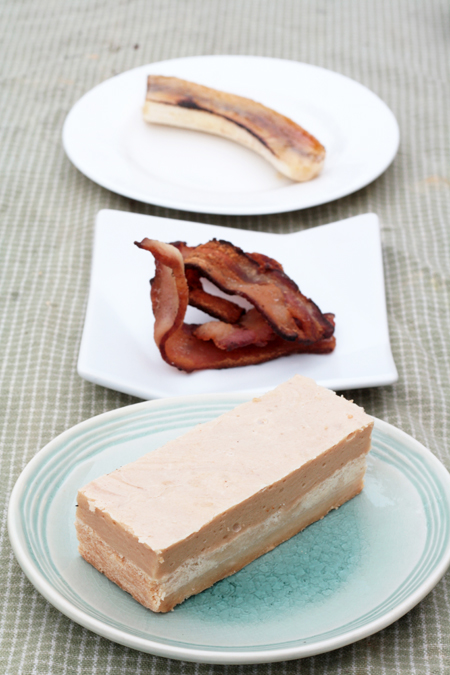 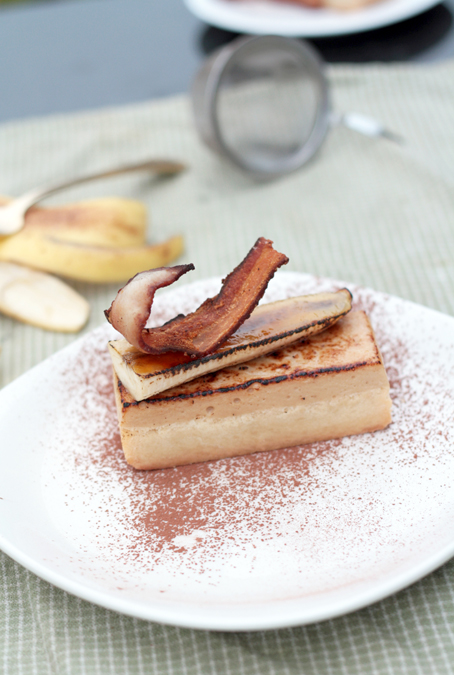 This is where the magic happens.  My kitchen.  It’s kind of like a disaster zone because winter is a-coming and it’s a mad rush to cook shit and squeeze in photos before the sun goes down. 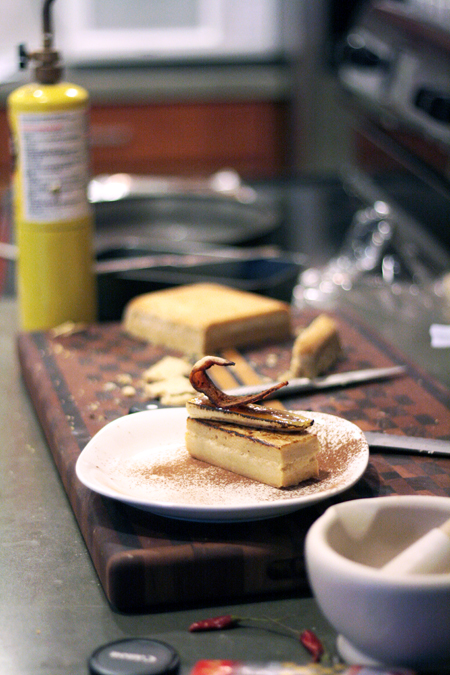 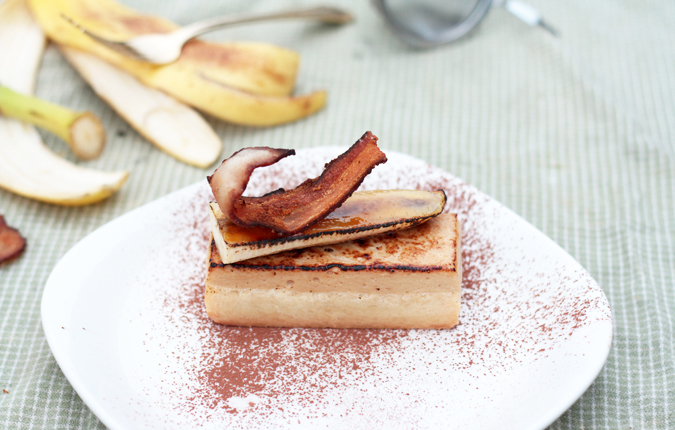