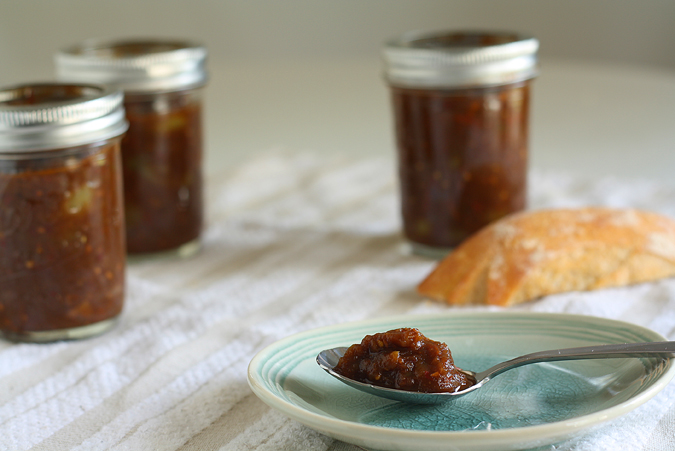 I really like making my own condiments and sauces because a) it’s often inexpensive and uses ingredients I already have on hand and b) many sauces and condiments at the grocery store have high fructose corn syrup and high amounts of sugar in them.

I decided to make tomato jam because I had a serious, serious surplus of green (and some red) tomatoes from my garden. It’s definitely autumn here, leading in winter. This weekend, I finally conceded that it’s not going to get up to 70 degrees anytime soon, so it’s time to pull the rest of the fruits off the tomato plants and do SOMETHING with them.

I didn’t set out to limit the amount of sugar in this recipe, but it sort of happened that way on its own. This recipe is time-intensive because it uses caramelized onions, reduced balsamic vinegar, and reduced tomatoes. The end result was tangy with a sour bite (from the vinegar and tomatoes) but also with a prominent sweetness.

The recipe does contain a little sugar, added toward the end. But that’s a matter of personal preference so I recommend tasting throughout and adjusting based on your preferences or dietary needs.

What can you use tomato jam for?

It’s relatively new to me, too.  It’s a savory jam, and I’ve found it’s awesome on crusty bread.  It’s awesome with cheese.  It’s awesome as a stand-in for ketchup.  It’s even awesome off of a spoon.  It’d probably be awesome tossed in pasta with olive oil and bits of cured meat.  Sky’s the limit, really.  Maybe I’ll make a PB&J and tell you how that goes.  ;D 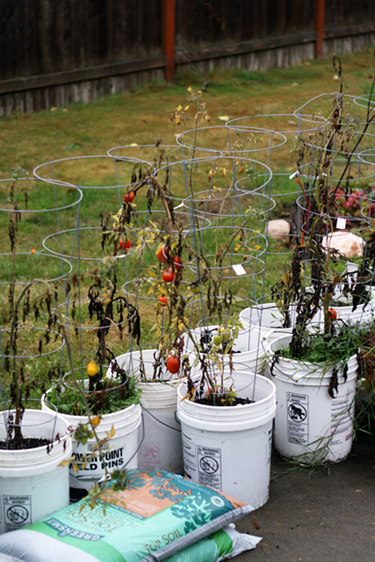 These are the sorry plants from whence the tomatoes for this recipe came.  As you can see, you don’t need to use the best of the best heirlooms for this jam.  (In fact, I totally don’t recommend it because the tomatoes lose much of their individualistic tomatoey-ness during the long simmer and reduction.)  If you have cruddy tomatoes lying around that don’t taste great raw, they are great for this recipe.  Incidentally, I should mention that the presence of onions in this recipe was to help out my cruddy green tomatoes in the sweetness department.  They did that and more! 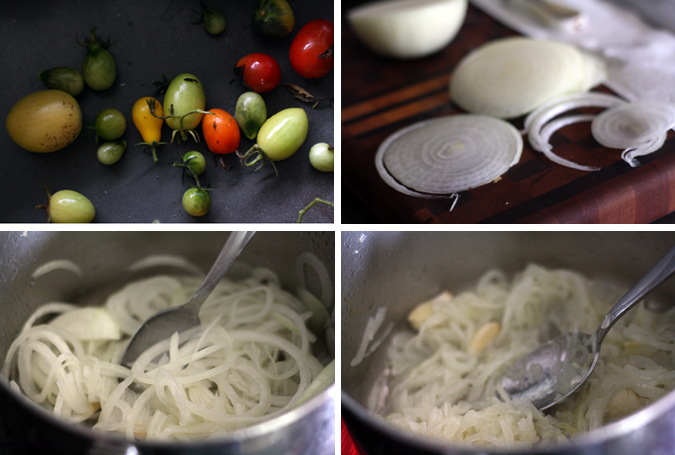 I used a plain ol’ yellow onion.  I imagine that some people might wonder if Walla Walla onions would be good in this recipe.  The answer?  Probably, due to the higher sugar content.  But Walla Wallas are pricier.  Is it worth it?  Not really.  Any and all onions will caramelize.  By the time you get to the luscious brown onion goo, there’s no way you can taste it and tell what kind of onions were used. 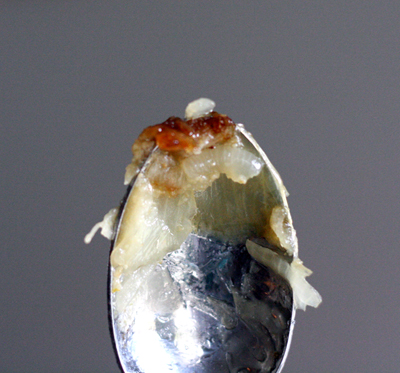 The caramelized bits on the end of a spoon. 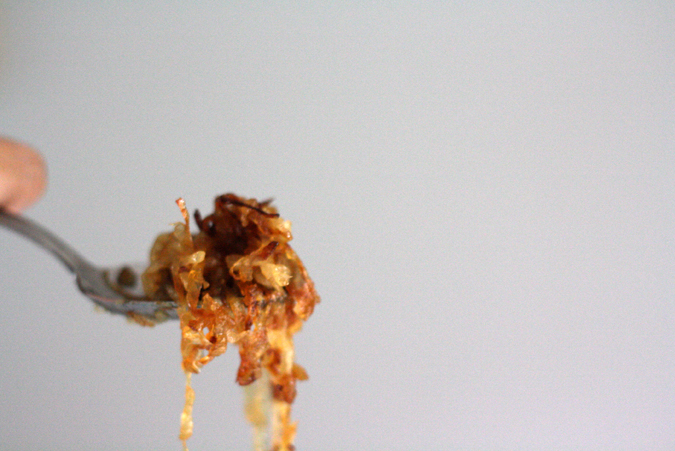 OMG, you could just eat this by itself and it would be awesome. 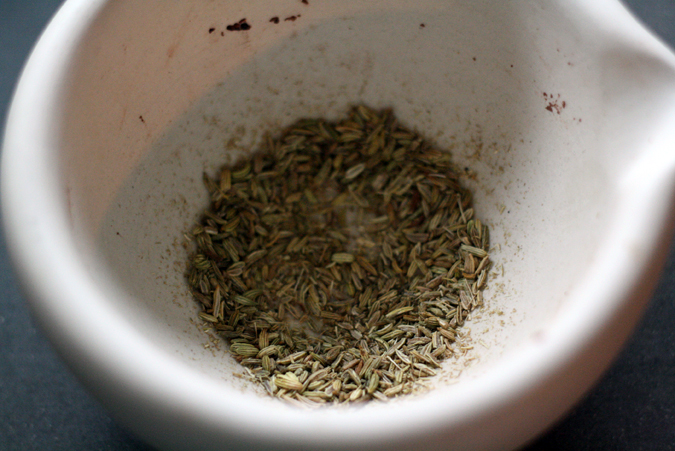 Fennel seeds are my love.  They have an anise-y flavor. 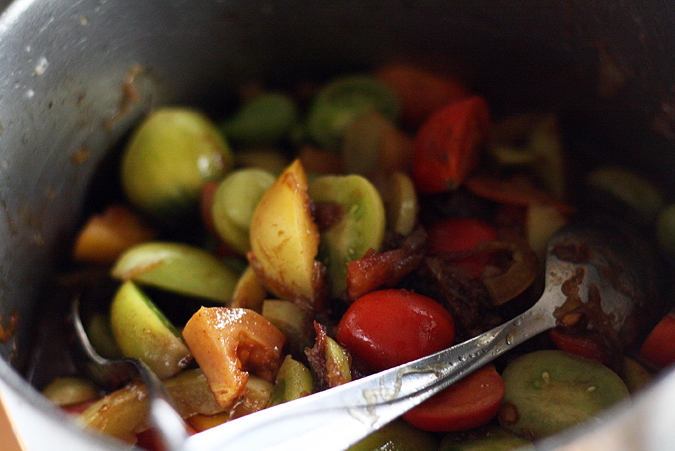 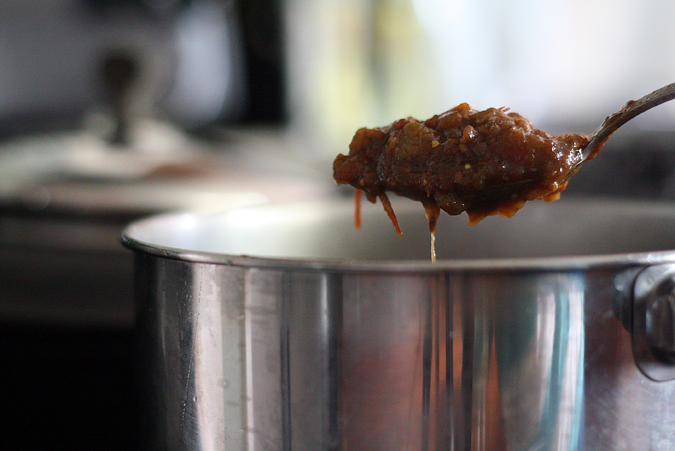 Jam is a marketized term these days.  There’s all these food items that are being called jams, like bacon jam.  When I started this recipe, I wondered: What is jam? What makes something authentically jam? Can bacon really be made into jam?

It was all very Existentialist.

The answer to those questions is a bit complicated and non-definitive. The U.S. FDA has defined jam and jelly in very specific and mathematical terms (such-and-such percentage of juice to fruit to water to sugar = jam/jelly); it also uses jam and preserve interchangeably, for the most part. While interesting, the FDA’s definitions did not matter much to me because the FDA wasn’t really using the terms in the way that we usually use the terms. Also, the FDA wasn’t comprehensive in its definitions. It didn’t tackle other fruit spreads like marmalades or curds, for instance.

The more I looked into, the more I thought, dude, this information would make a good infographic. 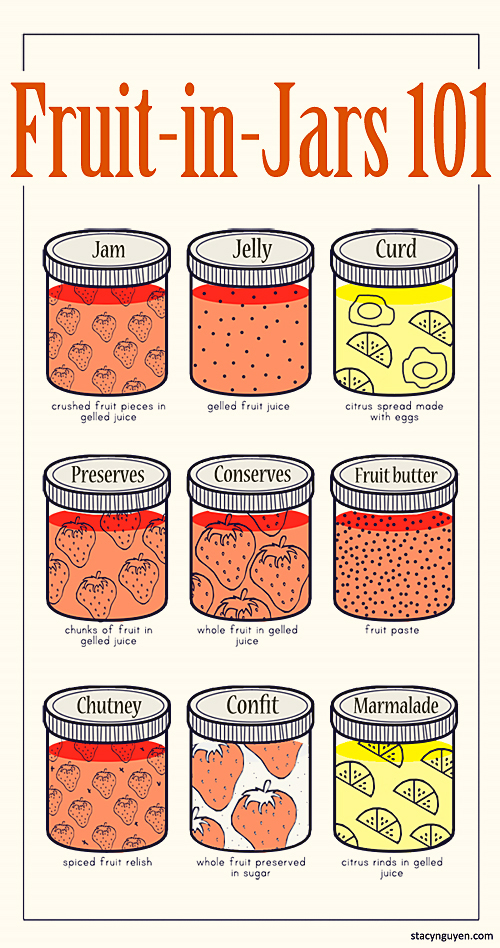 I based my definitions around what is the most commonly accepted definition in the U.S. There are slight deviations for Brits (much like how our cookie is their biscuit), but on the whole, it’s in the general vicinity.

I’ve decided that bacon jam is not really a jam, but a relish or a paste. I’ve decided that jam has to be mostly made of plant-based ingredients because fruits and veggies naturally contain pectin, the primary gelling agent in jams and jellies. 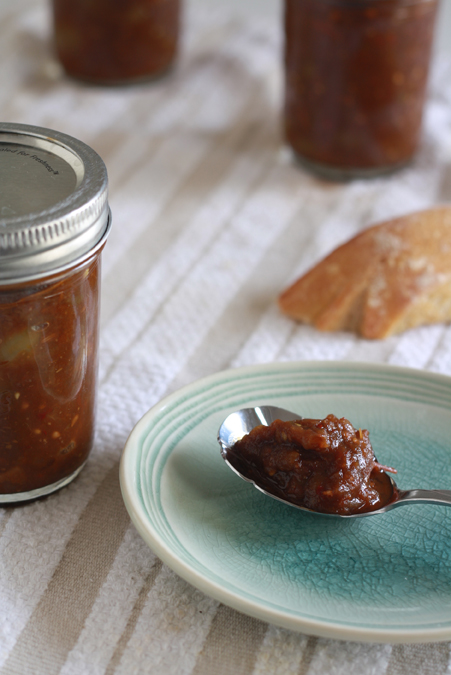