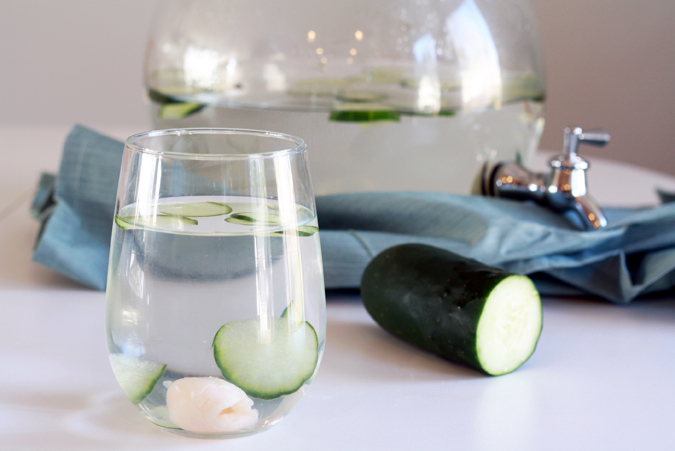 Confession: I’m very unsophisticated when it comes to drinks.  I don’t really know much of anything about wine, and in my heart, I favor cocktails that taste like Mountain Dew.

But!  I want to get better!

Enter this cucumber and lychee sake spritzer.  Its genesis was rather uncomplicated.  I like cucumbers in water.  I like to eat lychee.  They’re both super subtle, clean flavors.  They can totally team up and to make a “chuggable” cocktail!

Now, when I say chuggable, I don’t mean you should serve this at a frat party next to the keg.  (I mean, I guess you could . . .).  I mean that you can serve this drink alongside dinner in lieu of water.

(Is it just me?  When I go to restaurants and opt for a cocktail or wine with dinner, I ask to have a glass of water, too, because I like to wash down some of my bites.  And while no one’s been weird about the request, the fact that water’s not always automatically given to me makes me wonder if other people really just have wine with dinner.)

Wines and strong cocktails are sipping drinks, but you don’t really send food down into your belly with a flood of red wine.  I mean, I’d totally be super drunk by the end of the dinner if I did that.

I remember hearing “white wine spritzers” a lot on TV shows.  When I hear the word “spritzer,” I picture a woman in full make-up, dressed in a bathing suit, sitting poolside, and asking for a white wine spritzer.  The whole image led me to believe that spritzers are these ethereal, bubbly, and light cocktails that you can drink for breakfast.

So that’s what I was aiming for with this drink.

Do you guys say it “lie-chee” or “lee-chee”?  I tend to say the latter.  But I’ve been corrected many-a-time at bubble tea joints by teenage girls.  So I’m honestly wondering.  Am I saying it wrong? 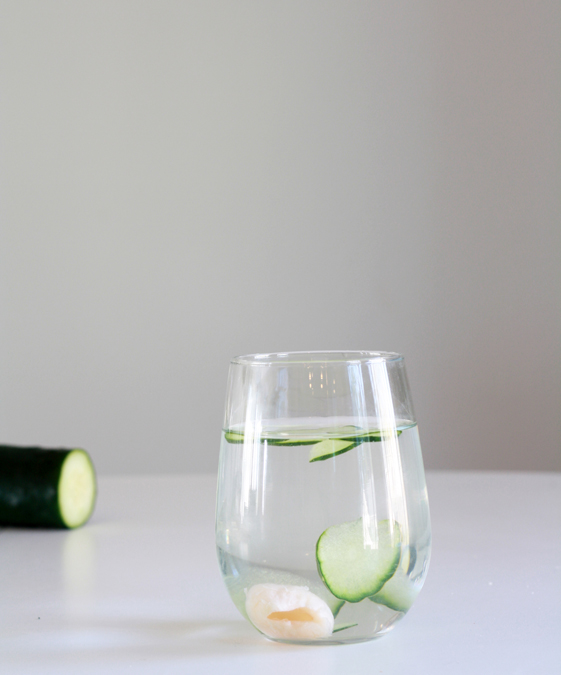 Cucumber lychee sake spritzer
Recipe Type: cocktail
Prep time: 5 mins
Cook time: 5 mins
Total time: 10 mins
Serves: 10+
You can easily make a non-alcoholic version of this by omitting the alcohol. ;) Also, this is a cocktail for a PARTAY, so this recipe makes a lot. You can also make a smaller amount by dividing down this recipe. (I’ve included smaller amounts in parentheses to denote how you can make this for 1 person.)
Ingredients
Instructions
Cucumber and lychee simple syrup
Putting it together
3.1.09 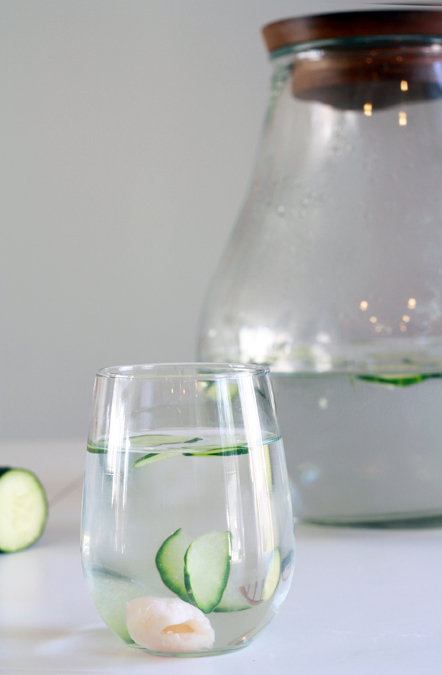 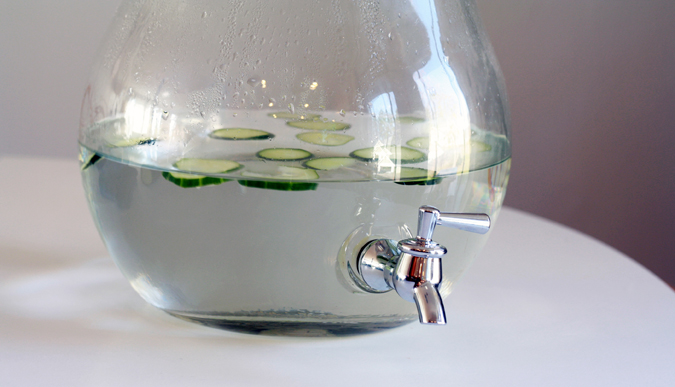 This is my new toy!  I got it at World Market Cost Plus for $25.  At first I thought it looked puny and small, only capable of holding six drinks.

Super wrong.  This guy is industrial! 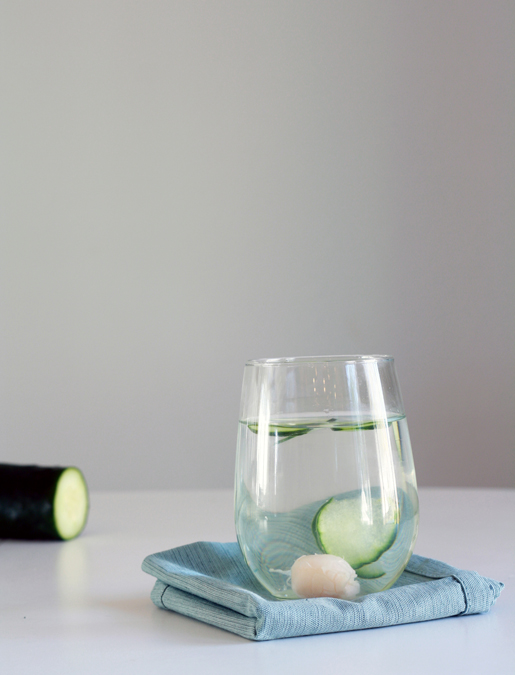