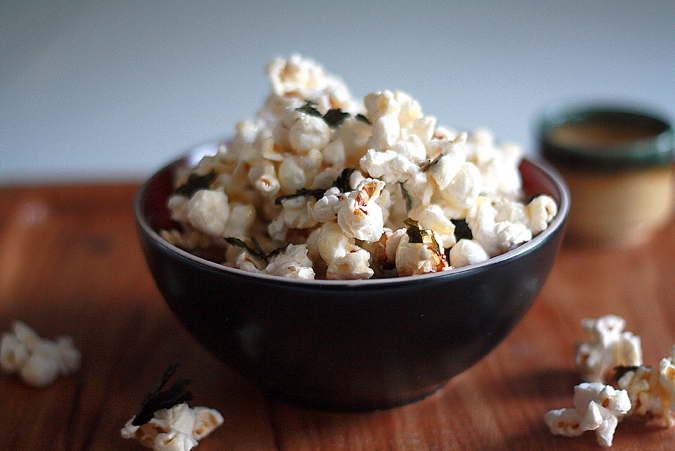 Not too long ago, I was at the grocery store looking for a movie snack in the chips and soda aisle.  I’m usually a potato chip kind of gal, but that night, I picked out a bag of locally made kettle corn because the person I was with said, “I really like kettle corn!” and I felt peer-pressured into buying it.

It was awesome!  It was popcorn that had a crunchy sugar crust over the popped kernels, doused with a nice sprinkling of salt.  I think the awesomeness was a surprise for me because the last time I had kettle corn, I was much younger and my popcorn was either always handed to me over a cash register or popped in the microwave.  Have you ever tried microwaved kettle corn?  It’s totally unremarkable.

So I became obsessed with making kettle corn at home for a while last year.  I had it multiple times a day for multiple days a week.  I finally perfected a method for making it and announced it on social media somewhere.  “I have figured out the secret to kettle corn!”

But I didn’t actually write down the method.  And when I decided to make kettle corn again this year, it turned out that I had totally forgotten my method.  I burned six batches trying to figure it out again.  I’m making a big point of writing it down this time around!

A lot of recipes for kettle corn use the same ratio of ingredients.  The key to successful kettle corn is definitely not the kind of ingredients you use; it’s all about the method.  Unfortunately, a lot of recipes out there for kettle corn are also woefully short and don’t go into much detail about how to prevent your sugar from caramelizing and then burning.  My recipe for furikake (more on that below) is fairly lengthy for a popcorn recipe, but that’s because it has a lot of side notes that I hope you’ll find helpful and will prevent unyummy burnage.  It also has a high amount of sugar in it because I’m a sugar fiend.  You can adjust it for future batches according to your preference.  (You can even add MORE!)

Note: Popping over medium to medium-high is important.  You basically want to pop this at the lowest temperature you can get away with. 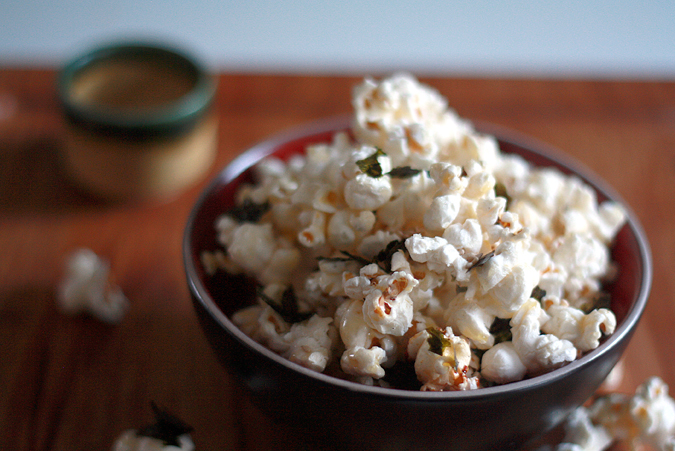 Furikake is basically a Japanese seasoning mix, much like how Americans have barbecue seasoning mixes or lemon pepper seasoning mixes for meats.  The ingredients in furikake can differ from manufacturer to manufacturer, but in general, it’s a mix of nori, dried fish, sesame seeds, and salt. You can actually just buy the mix at an Asian or Japanese grocery store, but up above in the recipe, I fashioned a version of it with ingredients I had on hand.

Nori: is technically an algae, which is collected and formed into a paste before it’s thinly rolled out and dried, much like how you’d make paper. Because it comes from sea water, it has a natural brininess that’s similar to the kind with shellfish. Nori is graded, according to that great story by J.J. Goode from NYT. A lower grade will obviously be cheaper and will be tough and taste muted. A higher, more expensive grade—”shin nori”—will have more layered flavors and is more delicate, as it is sort of like first-pressed olive oil, made from the “first the year’s several harvests.”  (Er, I’m totally not saying you should go hunt down shin nori to put in popcorn, by the way.  This is more of an FYI.)

Bonito: is a fish from the Scombridae family, which also comprises mackerels and tunas. You can eat bonito like you would any other fish, and people do. Certain kinds of bonito are sometimes called skipjack tunas and end up in cans.  Bonito is also dried, fermented, and smoked and shaved like wood shavings off of a plane. This kind of bonito is called katsuobushi in Japanese. Katsuobushi has a huge presence (as dashi) in miso soup.  I think, while the terms and the idea of it might be unfamiliar to people, the taste would be completely familiar and identifiable.  Certainly, that was my experience when I tried it by itself for the first time.  I was like, “Oh!  That’s that stuff!”

Sesame seeds: Everyone pretty much knows what sesame seeds are, due to their presence on Big Macs probably.  But honestly, up until I had to look it up for this post, I didn’t know where the seeds came from. They actually come from a rather pretty flower.  They grow in the wild in Africa and some parts of India; they are currently grown on purpose in tropical environments, namely those in Asia.  And fun fact alert!: Sesame seeds remains have been found from as far back as 3,500-3,050 BC, making them the oldest known oilseed crop in humankind’s history.

Furikake in kettle corn acts like a buddy to the salt normally found in kettle corn.  I find kettle corn by itself fairly straightforward, like the taste is this uncomplicated straight line—and that’s great.  But when I’m in the mood for something slightly different, the addition of the briny and fish ingredients makes the straight line wobble back and forth and changes what you expect of kettle corn, so it’s just funner to eat.  Does that make sense? 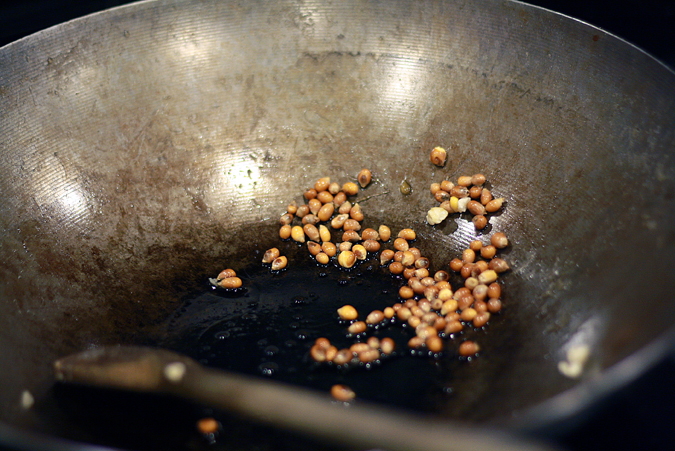 From my half cup or popcorn, this was what was left after popping.  It’s a lot compared to the three to six kernels left over when I make regular popcorn, but I think the sacrifice made for kettle corn is worth it!  And, popcorn kernels are relatively inexpensive. 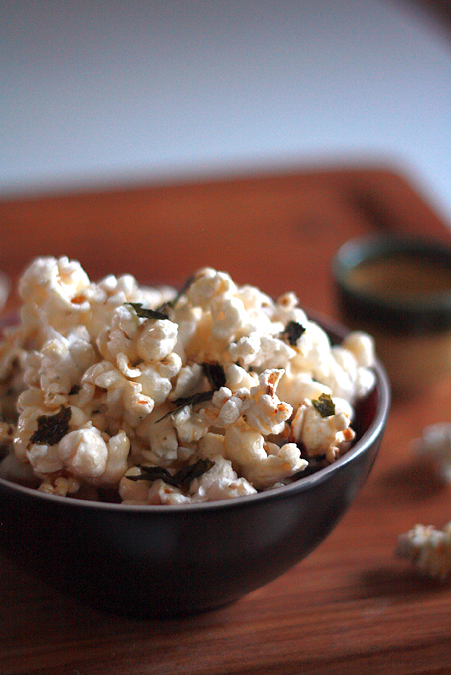