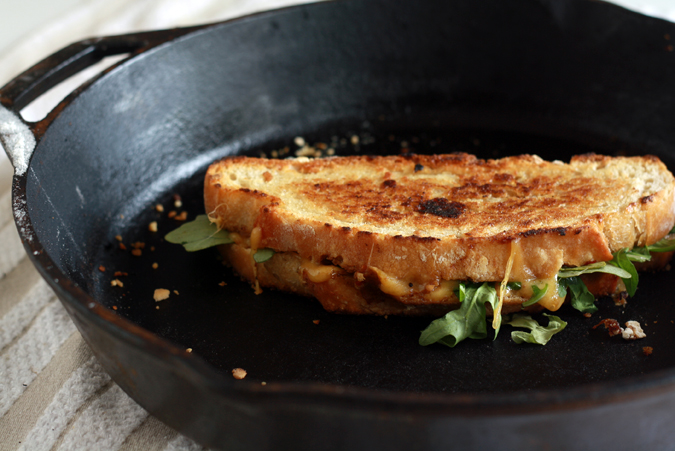 I don’t think you’re ready for this jelly.

This was one of my very first lessons in writing.  I was freelancing for a newspaper’s online shopping column, writing about clothes.  I wrote the line, “Who doesn’t love cashmere?” and my editor struck me down.  She said, “Never write this.  Because it causes a subset of readers to go, ‘I don’t like cashmere,’ before mentally checking out and disregarding the rest of the content.”

It was one of those great, unexpected life lessons about not making assumptions.

You may say, “But Stacy!  Really!  Who doesn’t love a grilled cheese sandwich with its salty ooey-gooey-ness?”

Honestly?  Me.  At least in the beginning.

It’s so funny, but my first contact with nearly all American food was through TV commercials or TV shows.  You may not be aware of this, but the grilled cheese sandwich is put on a bit of pedestal in this country.  Before I ever had the opportunity to try one, it had been built up substantially in my mind.  My first taste of it was Kraft singles sandwiched between two buttered slices of Wonder Bread.  It was a huge let down.

What?  You want more infographics?  Okay! 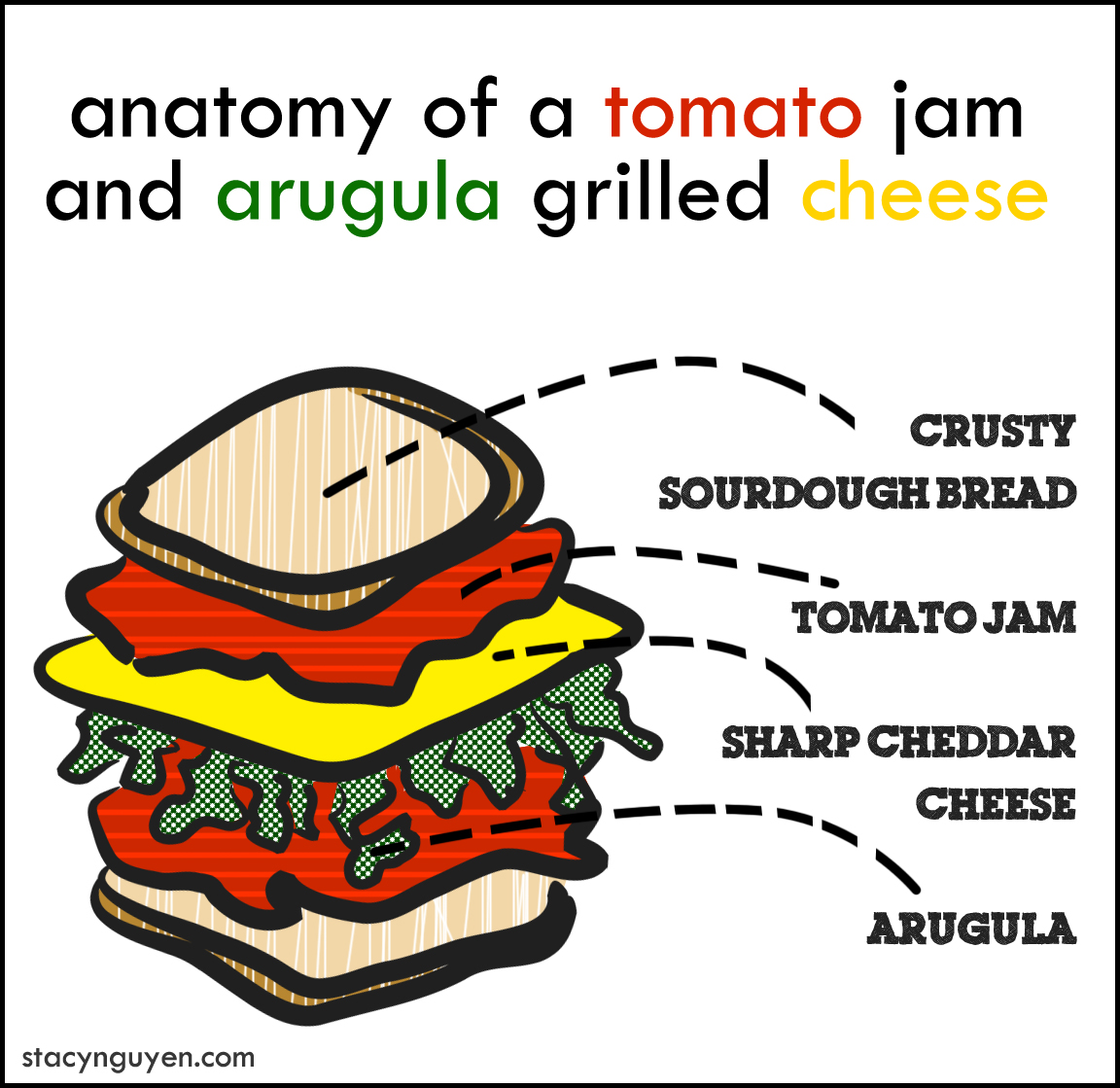 Here are the players:

Crusty sourdough bread slices:  They have to be substantial and weighty enough to stand up to fatty cheese and provide a textural contrast.  And it has to be “crusty” aka “rustic,” which basically means it needs nice big holes for the cheese to ooooze into and create a new symbiotic cheese-bread species. (I made my own bread.  If you are interested, here’s a recipe and info for a sourdough boule.)

Tomato jam:  Get the recipe here. Tomato and grilled cheese is a great pairing.  The acidity of tomato cuts through the rich bluntness of the cheese.

Arugula:  I like how peppery arugula is and how it adds another dimension that contrasts against the cheese.  I also like a variety of ingredients in my sandwiches, so it’s typically not a tasty sandwich for me if there’s not some sort of vegetable or fruit hiding in there somewhere.

Cheese!:  Any kind that melts like a boss and has a distinctive flavor will do.  I opted for a sharp cheddar. 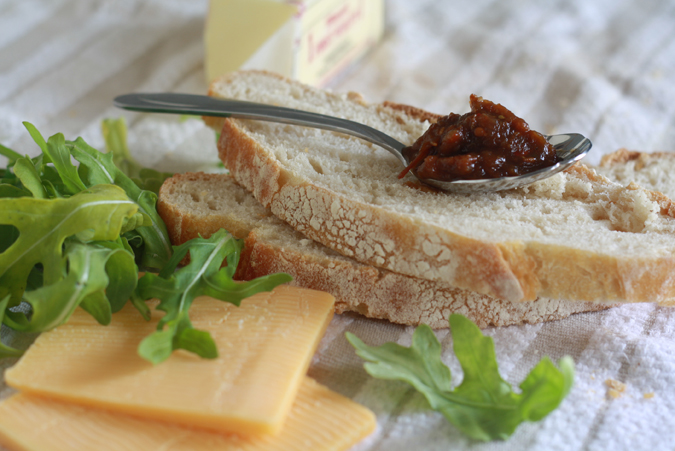 You’re probably like, “Who needs a recipe for a grilled cheese?”

My recipe for grilled cheese isn’t so much about the list of ingredients as much as it about the method of creating optimum grilled-cheesiness.  Even though making the sandwich is very intuitive, I hope you find some interesting tips in the recipe.

Here are the steps in picture form: 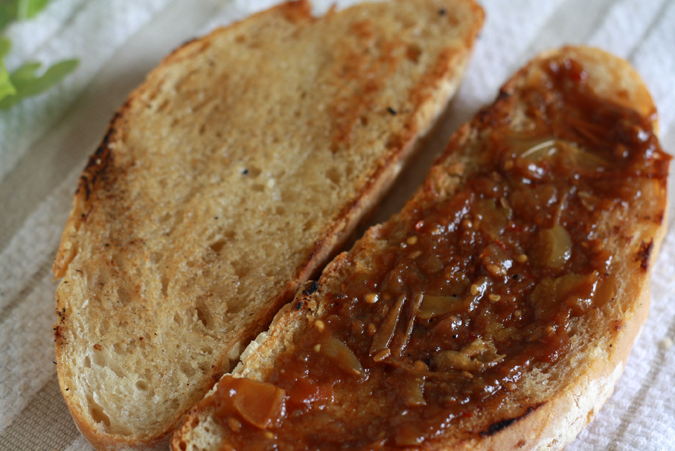 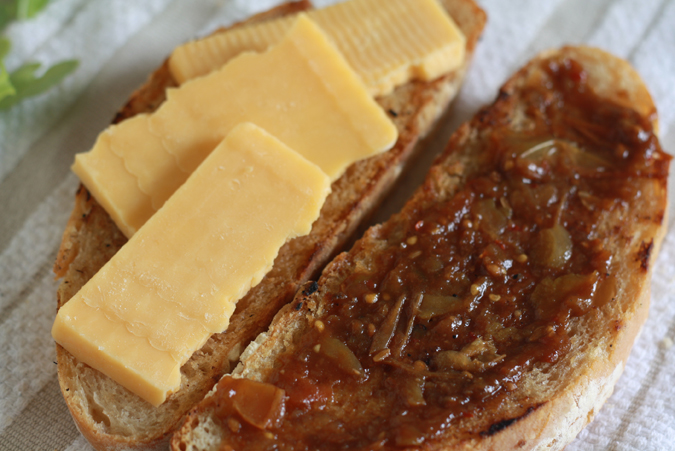 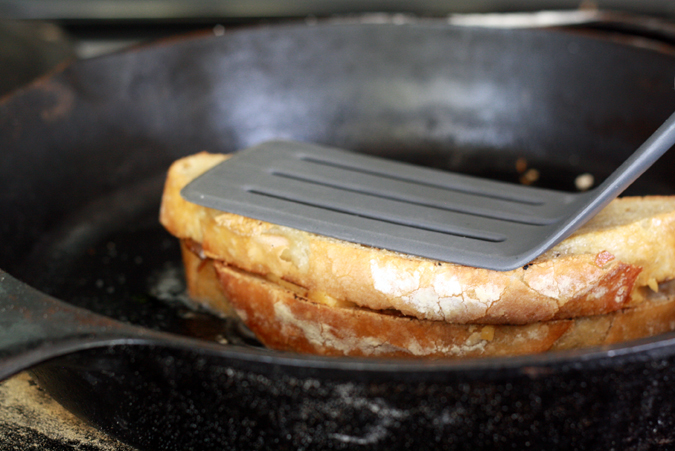 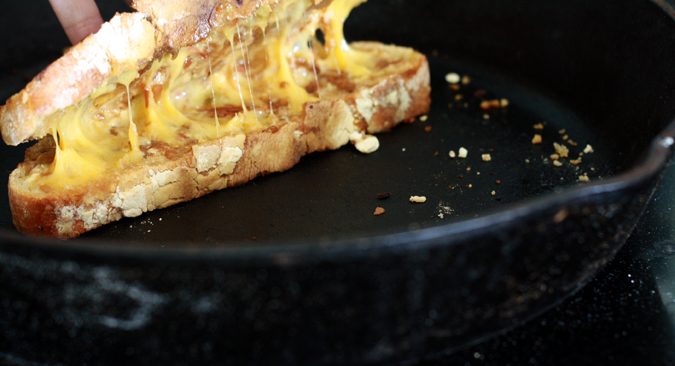 The arugula ends up wilting, as if succumbing to the overbearing molten force of the cheese.  Let this happen.  It is awesome. 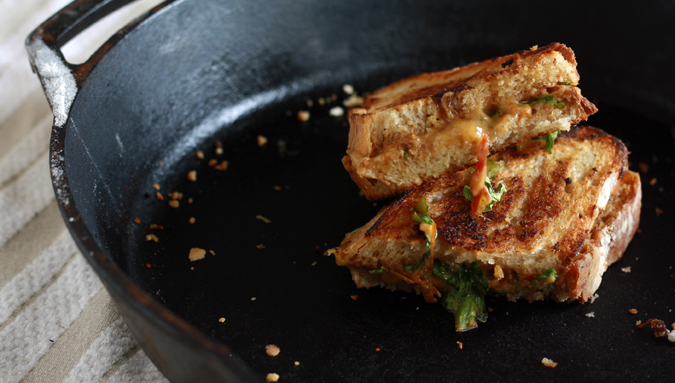 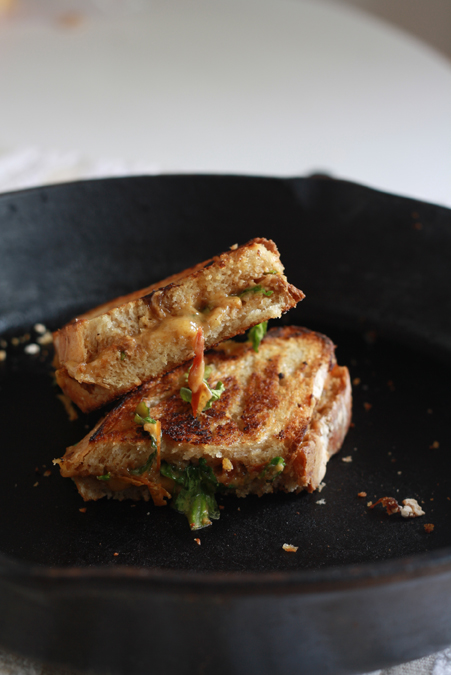 YES.  There needs to be another infographic! 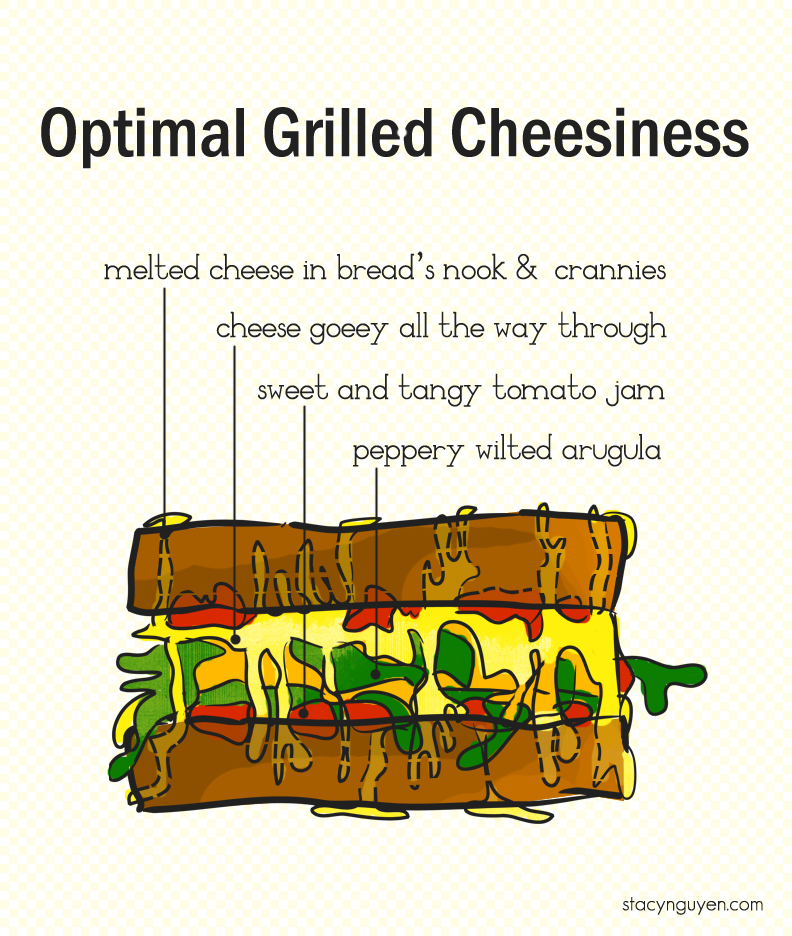 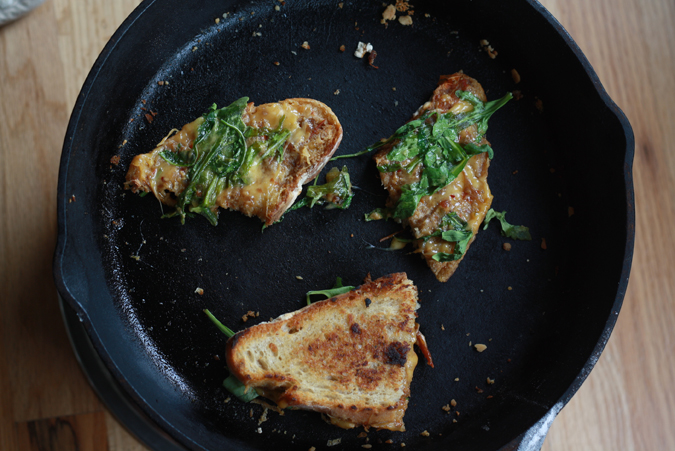