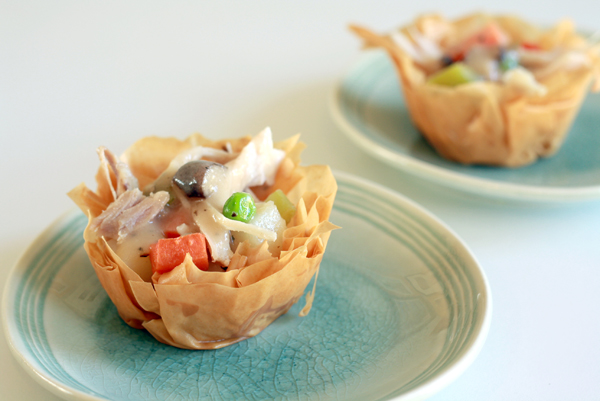 My first exposure to chicken pot pies was in the form of the Banquet microwaveable kind.  They come in that paper pie pan coated with that gray plastic stuff that somehow magically browns things in the microwave (science is nuts, am I right?). Even though those pies generally suck and had a serious case of soggy bottoms and sparse fillings, I loved them.  I love the edges of the pie crust the most, soaked in gravy.

Because I grew up on the Banquet microwaveable pot pies, I became used to pot pies that don’t have cream in the gravy and that’s what I’ve come to prefer.  That’s why this recipe doesn’t have any in it.  I think my preference is a blessing because cream is like super yummy, but super deadly.

Instead of a pie crust for this, I decided to use phyllo dough.  It seemed fancy, but also more predictable than pie crust.  That’s mostly on me, though, because I’m not a great pie maker.  I couldn’t trust myself to turn out a bunch of mini pies!

At the grocery store, you might be tempted to buy the already prepared phyllo cups, but don’t do it.  Your dollar goes a lot farther if you make the cups yourself.  Though perhaps you don’t mind and want the convenience.  If that’s the case, by all means, use the pre-made ones.  But I also like the rough edges of ones you make yourself. 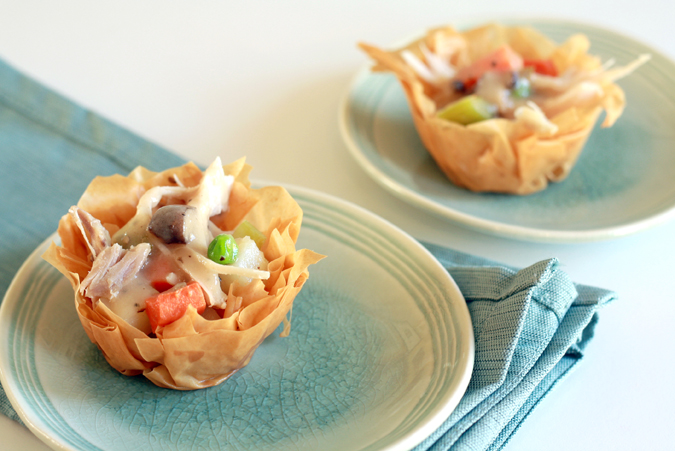 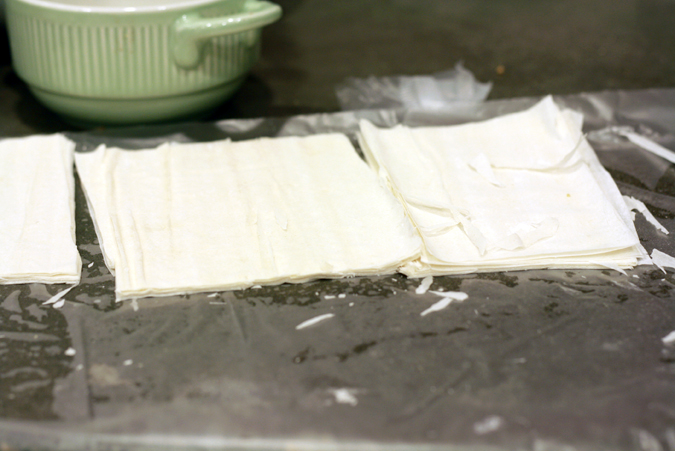 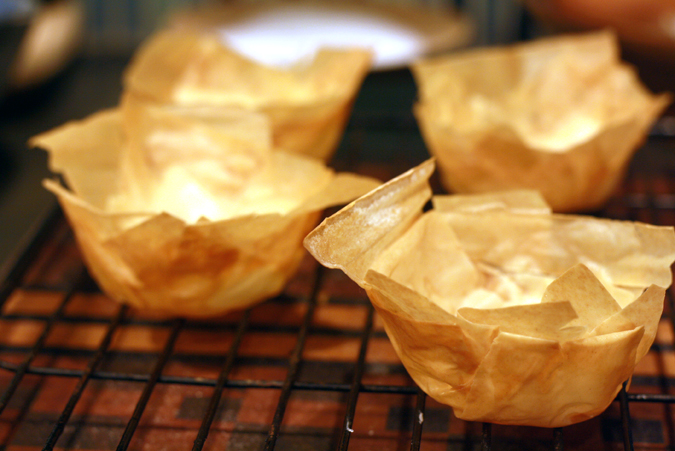 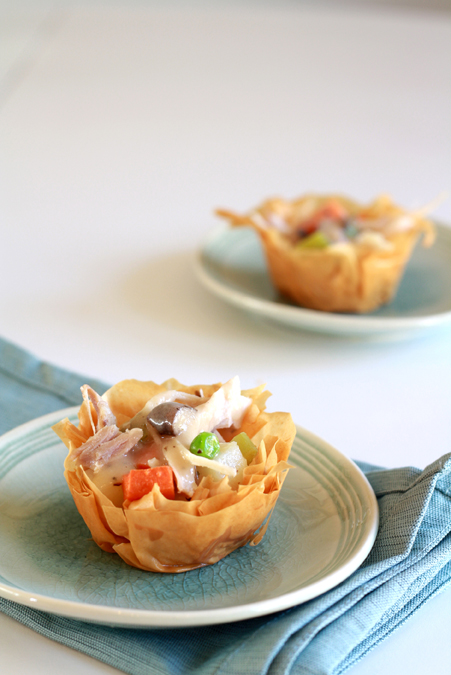