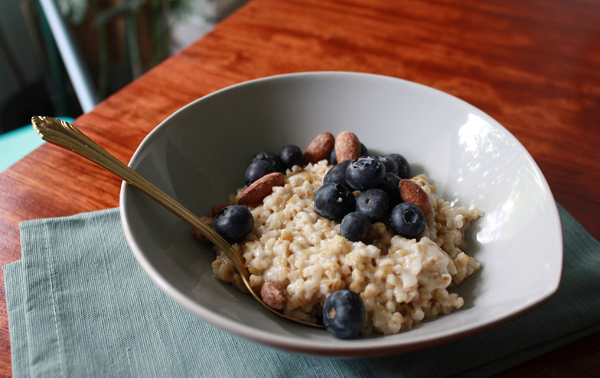 I used to hate oatmeal because I thought there was only one kind: the instant kind.  I found it pasty and bland as itself (it was okay in cookies.). But then I watched “Good Eats,” featuring my hero Alton Brown and watched him make this recipe, and I was like, “I’ve been eating oatmeal wrong this whole time!”

Steel-cut oats are oats that have been broken down in a steel mill.  The pieces are kernel-like and still hard.  Compared to rolled oats, which are the same kind of oats but are flattened thinly instead of cut, steel-cut oats have a lower surface-to-mass ratio.  That’s why steel-cut oats require a longer cooking time compared to rolled oats—the hot liquid has more oat layers to penetrate and soften.  Incidentally, instant oatmeal are rolled oats to the 10th power (I made that up; not mathematically accurate), that is, rolled super, super thinly.

This recipe is dairy-free.  I like coconut a lot because a lot of Vietnamese desserts are flavored with coconut.  Just tastes like home.  Plus, I had a frozen brick of coconut milk taking of space in my freezer—coconut milk has a high amount of fat in it, so it goes rancid in the fridge after a few days. I freeze my extras to prevent that from happening.

You can obviously have this with whichever toppings you want.  I like nuts no matter what because I’m addicted to the flavor of nuts.  (That’s what she said <— Sorry.)  And I like the crunch.

I also like my oatmeal on the softer, runnier side, so there’s a fair amount of liquid in this recipe.  Feel free to scale back a little if you want oatmeal with more heft.  I also like sugar.  So there is a good amount of sugar in the recipe.  That’s why the nutritional value of these oats doesn’t really matter to me.  I know I’m going to ruin them with fat and sugar.

Coconut oatmeal with blueberries and almonds
Prep time: 10 mins
Cook time: 30 mins
Total time: 40 mins
Serves: 4
Not the instant stuff! This oatmeal will take awhile to make, but hopefully what it lacks in speed of preparation, it’ll make up for in taste? Dairy-free
Ingredients
Instructions
3.2.1230 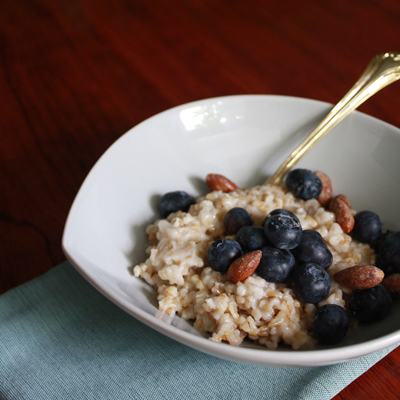 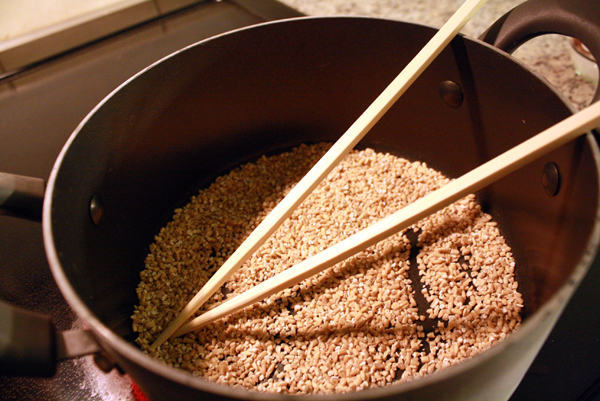 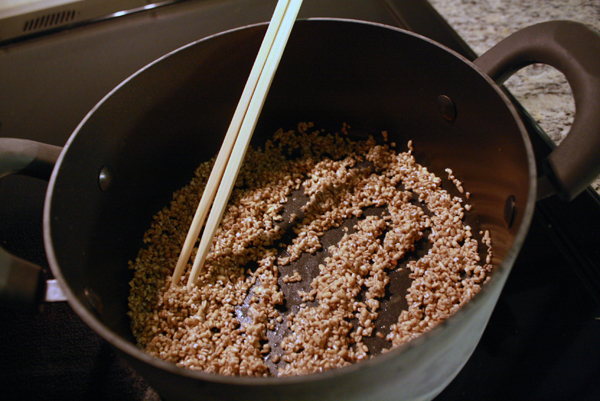 With water and the icy puck of coconut milk. 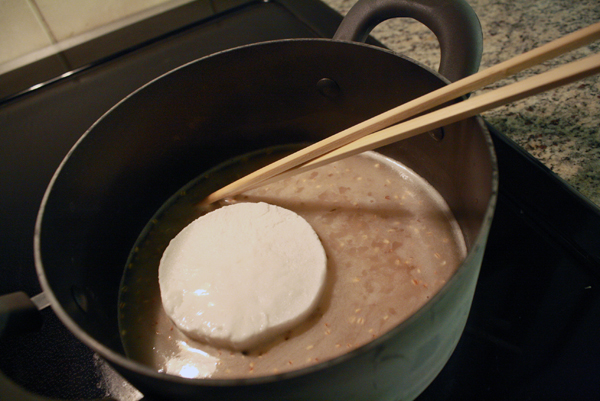 Beauty shots, because words really just get in the way of what really matters: 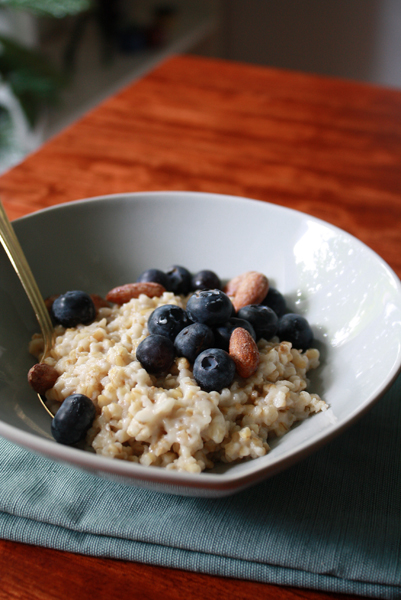 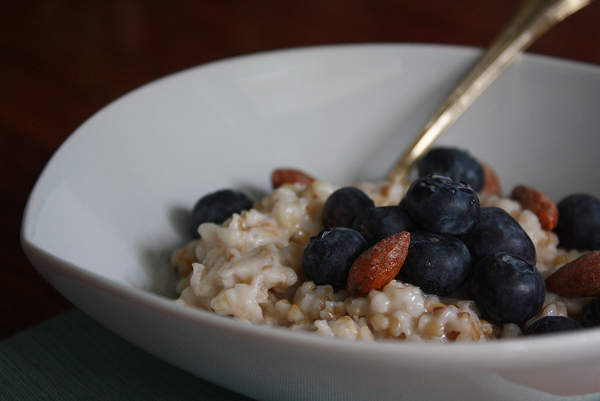 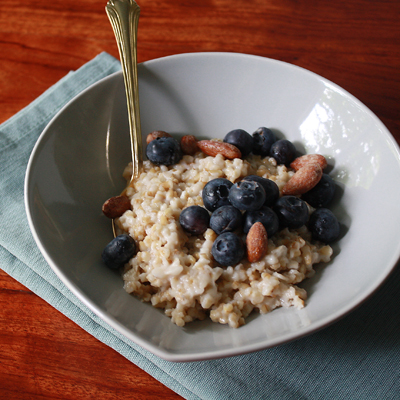