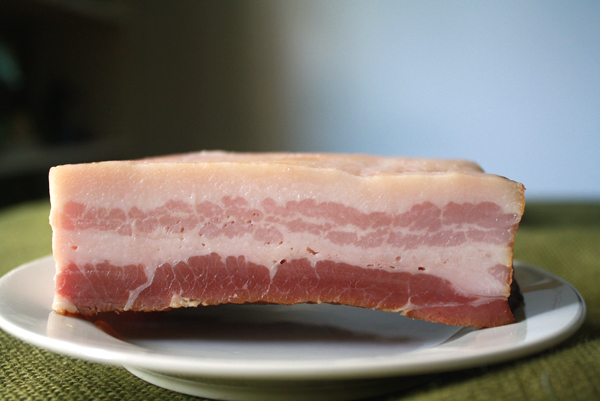 I’m pretty ambivalent about the let’s-put-bacon-in-EVERYTHING trend that’s been happening in the last few years. And by ambivalent, I really mean I generally dislike it but don’t really have the guts to voice a strong opinion. But I really, really like bacon by itself. Just call me a purist.

Making bacon is pretty easy, actually.  It just takes time, one special ingredient, and one special piece of equipment.  But if you have a week, pink salt (sodium nitrite), and a smoker—then BACON.  BACON ALL DAY AND NIGHT!

Before I made my own bacon, I thought I knew what really great bacon was all about.  Sure, it was pricey, but it was worth it, I thought.  The bacon of my dreams was a thick-cut, sugary, crisp strip of salty pork meat.  What more can you ask for? 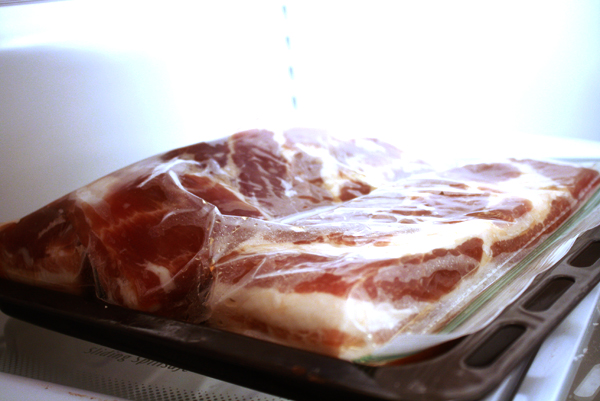 I’m not going to be annoying and say you need to go out and buy/rig up a smoker to make bacon. If you don’t have a smoker, then just don’t smoke it.  Just bake it in an oven set at the 200 degrees F or lower until it reaches an internal temp of 180 F.  If you really, really want that smoky flavor, I’ve used a teaspoon or two of liquid smoke, mashed into the salt/sugar dredge/cure, and it does the job.

I bought my pink salt at Butcher and Packer. 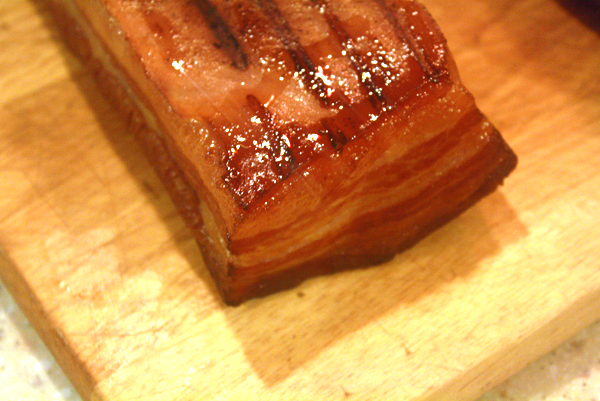 There’s a small learning curve when it comes to cooking legit bacon.  I used to blast the heat and just pan-fry the crap out of store-bought bacon. With the home-cured stuff, it renders out less fat/liquid, because it’s dry-cured. (I suspect a lot of store-bacons are liquid brined to plump up the meat and increase its weight.)  It also lays flat for the most part, so you don’t have to fight with the curling.

BUT there’s also a LOT of sugar in this recipe, so the sugar will caramelize and start to burn long before the meat can crisp up.  So it’s best to cook this bacon over medium heat for longer length of time.

When I cook up a lot of bacon, I just line strips on a jelly roll pan and put it in a 350-degree oven for half an hour or so, turning every ten minutes. 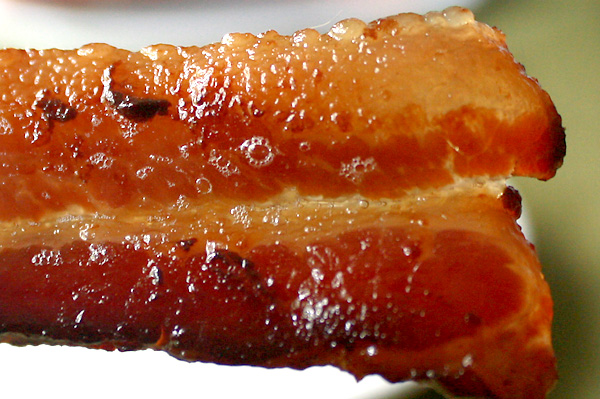 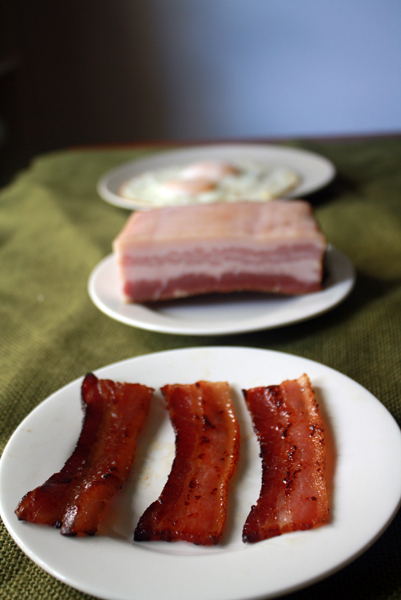